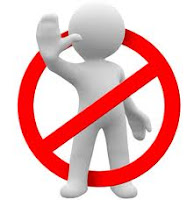 A compilation of  some prohibited acts during election period as provided by the Omnibus Election Code, Republic Act No. 7166 and other pertinent resolutions promulgated by the Commission on Elections.
Some of these prohibited acts that must be avoided in order to ensure peaceful, clean, and honest elections are the following:

I.       Prohibited Acts During the Election Period

1. Carrying of firearms outside residence and place of business, except in certain cases and with prior authority from the Comelec. (Sec. 261 (Q) OEC; Sec. 32 RA 7166);
2.  Organization or maintenance of reaction forces, strike forces, or other similar forces. (Sec. 33 RA 7166) & 261 (u) OEC);
3.  Transfer of officers and employees of the Civil Service by a public official, except upon prior approval of the Comelec when urgency of the service so demands. (Sec. 261 (h) OEC);

4.     Suspension of elective provincial, city, municipal or Barangay officer, except for purposes of applying the “Anti-Graft and Corrupt Practices Act” and upon prior approval of the Comelec. (Sec. 261 (3) (x) OEC);
5.   Refusal of public postal service to carry election mail matters. (Sec. 261 (dd) (4) OEC);
6.   Prohibited raising of funds for an election campaign or for the support of a candidate (Sec. 97 OEC);  and
7.  Issuance of franchise or permit to operate a radio or television station and to suspend and cancel the same. (Sec 86 (c) OEC);

1.     Use of armored land, water or aircraft. (Sec. 261 (r) OEC);
2.   Wearing of uniforms and bearing arms by any member of the security or police organization of the government, except in some cases and with prior authority from the Comelec. (Sec. 261 (s) OEC);
3.    Appointment or use of special policemen, special agents, confidential agents. (Sec. 33 RA  7166);
4.   Policemen and provincial guards acting as bodyguards or security guards. (Sec. 261. (t) OEC);
5.   Removal, destruction or defacement of lawful election propaganda. (Sec. 83 OEC); and
6.   Prohibited donations or gifts by candidates, treasurers of parties of their agent and spouse and relatives within the second civil degree of consanguinity and affinity. (Sec. 104 OEC).

III.   Prohibited Acts During the 45-Day Period Before Election

1. Appointment of new employees, creation of new positions, promotions, or giving salary increases in government offices, except upon prior approval of the Comelec when there is an urgent need for the service of the person or the position involved. (Sec. 261 (g) OEC)
2.   Release, disbursement or expenditure of public funds for public works and other government projects except:
a.     maintenance of existing/completed public works projects;
b.     work undertaken or contracted before the 45-day period;
c.   payment for the usual cost of preparation for actual construction; and
d.     emergency work due to public calamities. (Sec. 261 (v) OEC)
3. Construction of public works, delivery of materials for public works and issuance of treasury warrants. (Sec. 261 (w) OEC).

IV.   Prohibited Election Propagandas
1. Unauthorized selling or giving free air time or space by radio, television, newspaper or other mass media for campaign or other political purposes. (Sec. 86 OEC); and
1.a Additional prohibition are now also provided in the new Comelec Resolution No. 9615 issued January 16, 2013, like online advertisement, posting of election propaganda to public utility vehicles, traffic signages, waiting sheds, sidewalks, trees, street and lamp posts, electric posts and wires, other signboards erected in public property, overpasses and underpasses, flyovers, bridges and main thoroughfares, center islands of  roads and highways, public building and edifices, among others.
2. Prohibited contribution by the following for political purposes:
a.     Financial institutions:
b. Any person or company operating a public utility or those engaged in the exploitation of natural resources;
c. Those who hold contracts or sub-contracts to supply the government of goods or services;
d.    Those who have been given franchise or similar privileges by the government;
e.     Those who have been granted loans in excess of P100,000.00 by the government one year before the elections;
f.  Educational institutions which have received grants of public funds amounting to not less than P100,000.00; and
g.     Foreigners and foreign corporations. (Sec. 95 OEC).
V.     Prohibited Acts Connected with Voting

1. Violating the integrity of any official ballot or election returns before or after they are used in the election. (Sec. 261 (z) (21) OEC);
2. Removing, tearing, defacing or destroying any certified list of candidates posted inside the voting booths during the hours of the voting. (Sec. 261 (z) (22) OEC);
3.   Holding or causing the holding of an election on any other day than fixed by law or by the Commission, or stopping an election being legally held. (Sec. 261 (z) (23) OEC);
4.     Disrupting or obstructing the election process by circulating false and alarming reports or information regarding any matter relating to the elections. (Sec. 261 (z) (11) OEC);
5. Destroying, substituting or taking away any election form or document or ballot box. (Sec. 261 (z) (12) OEC);
6.     Availing oneself of any means of scheme to discover the contents of the ballot of a voter who is preparing or casting his vote or who has just voted. (Sec. 261 (z) (5) OEC);
7.   Arresting or detaining a voter without lawful cause, or molesting him which prevents him from voting or from returning home after voting, or compelling him to reveal how he voted. (Sec. 261 (z) (7) OEC);
8.  Revealing the contents of the ballot of an illiterate or disabled voter whom he assisted in preparing a ballot, (Sec. 261 (z) (16) OEC);
9.  Transferring, without authority, location of a polling place (Sec. 261 (z) (16) OEC);
10.    If unauthorized person, printing or causing the printing of ballots or election returns or distributing or causing the same to be distributed. (Sec. 261 (z) (18) OEC);
11.    If unauthorized, keeping, using or carrying out any official ballot or election returns or its printed proof, type-form mould, electro-type printing plates and other plate, numbering machines and other printing paraphernalia being used in connection with its printing. (Sec. 261 (z) (19) OEC);
12. For members of the AFP, PNP and other armed persons, Barangay officials, and other to be present inside the polling place except the following:
a.     members of the board of election inspectors; (Sec. 169 OEC);
b.    watchers who shall stay only in the space reserved for them; (Sec. 179 OEC)
c.   voters and those voters who are waiting for their turn which will not exceed twenty at a time; (Sec. 190 OEC); and
d.     Poll watchers of citizens arm of the Comelec. (Sec. 180 OEC);

Violations of the above prohibited acts is punishable by imprisonment of one to six years without probation, disqualification to hold public office and deprivation of the right to vote. (Sec. 264 OEC).
Posted by Election Matters at 12:01:00 AM

I am a Responsible and Principled Citizen.

I will educate myself and others about the issues at hand so that my vote is a meaningful and relevant exercise of my right of suffrage.

I pledge to vote for candidates who, by word and action, renounce violence, coercion, vote-buying, and corruption as means for getting elected;

I pledge to vote for the candidates who listen to their constituents and are responsive to the needs and aspirations of those they seek to represent;

I pledge to vote as my conscience dictates in all elections.

I make these promises freely and upon my honor.

(This Voter Pledge was read at the Unity Walk of 13 January 2013, by COMELEC Commissioner Elias R. Yusoph)

Promote Your Page Too 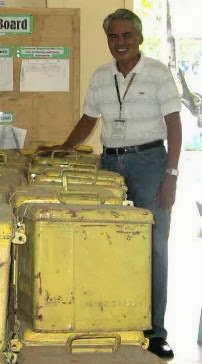 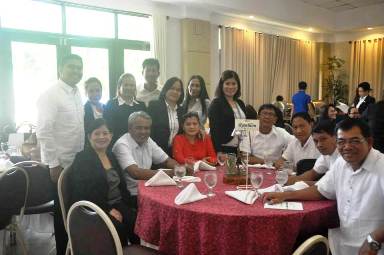 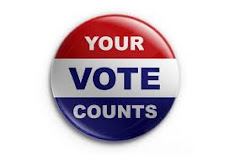 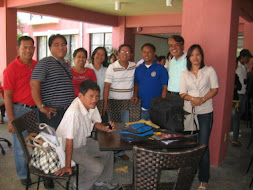 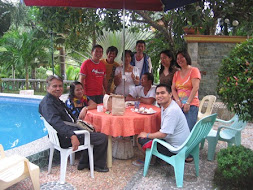 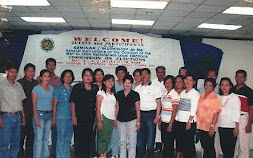 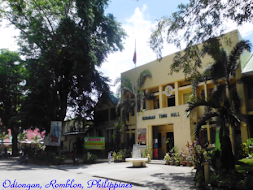 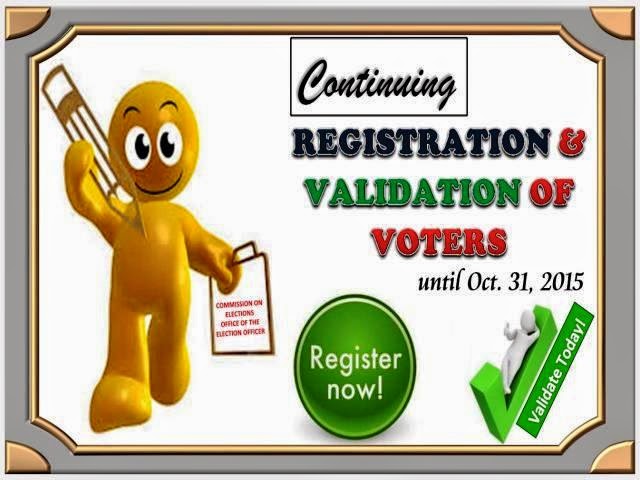 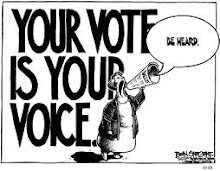